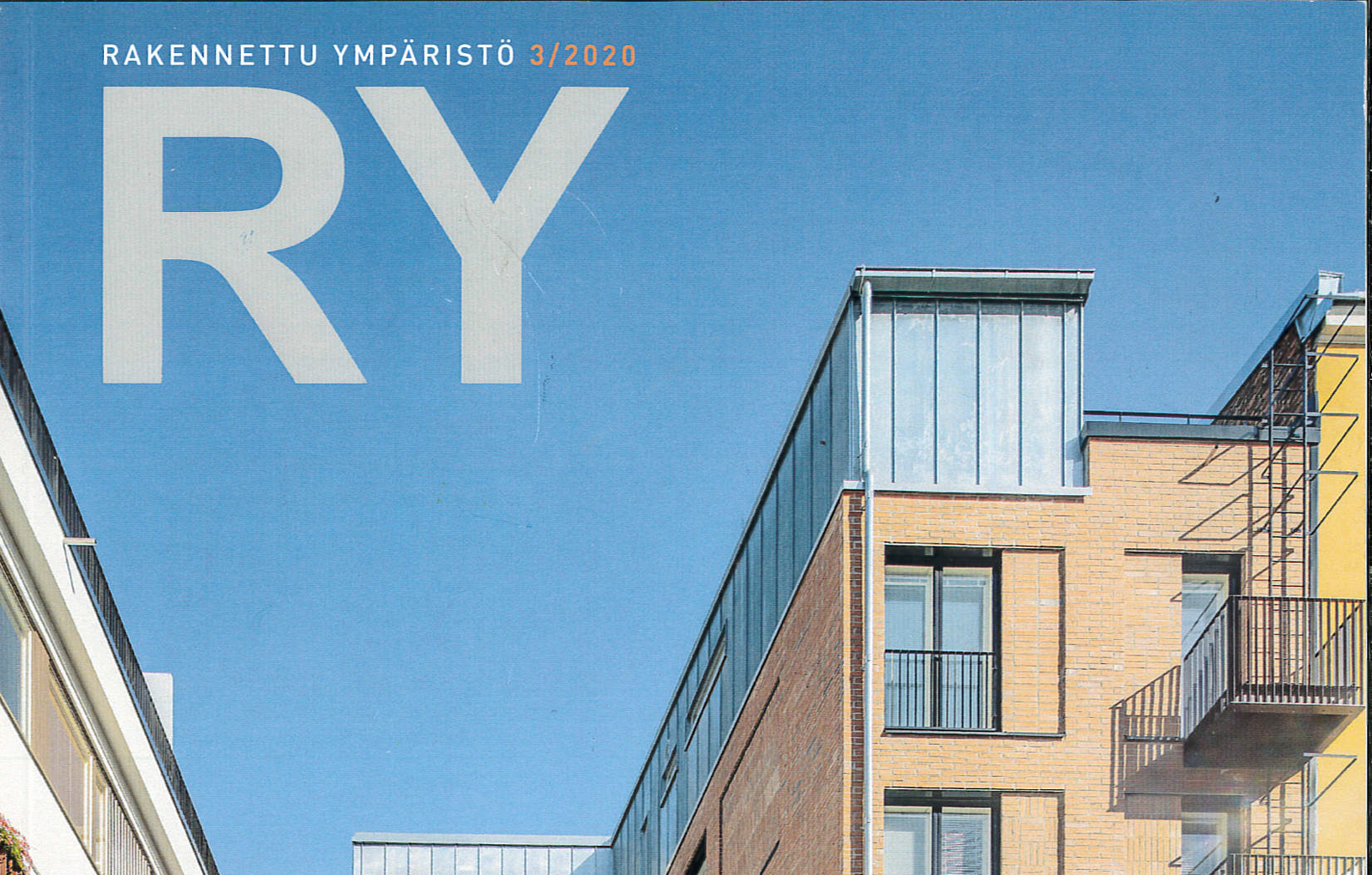 Merimiehenkatu 20 on the cover of RY

Rakennettu Ympäristö (RY) is a Finnish magazine that documents permitting and construction activity within the country. We’re pleased that our Merimiehenkatu 20 apartment complex was not only chosen to be included in their magazine surrounding the theme of “Kaupunkikuva,” or Townscape, but additionally to get a spot right on the cover. It’s meaningful for us, as the project not only exemplifies a successful collaborative moment between architects and municipalities, but also how new construction can still delicately preserve and promote the historic richness of a cityscape.

Here’s a summary quote from the magazine about the project in relation to this new issue:

“Fine progress has been made on Townscape after the Millennium, says Ms. Marjatta Uusitalo, retired Townscape Architect of the City of Helsinki. In our Capital, old buildings have been renovated with care, and precious residential areas have been preserved. Meanwhile, there are also problems with excessive building rights, and in many places, the old that is strong has been pushed aside by bulldozers. Immediate financial gain is often more important than professional integrity, which was also seen in the recent re-organization of Helsinki’s technical services as the posts of the City Architect, the Senior Architect and the Townscape Architect were abolished. Now that the local Townscape Commissions no more exist, either, and building density is going up almost everywhere, other ways must be utilized to promote good townscape. For example, town plans should be appraised from this point of view, and requirements should be set on the technical installations that are visible in the townscape, and a set of guidelines should be drawn to say how advertising, terraces and technical installations etc. should look like and how they should be fitted into their existing environment.

Next, we introduce an infill building project in Punavuori, one of Helsinki’s most densely built urban areas. There was already a four-storey apartment block on the plot, built in the 1960’s, as well as single-floor commercial wing that, in its day, had housed a bakery. This low wing was demolished and a mixed-use building for both residential and commercial use was built in its place. In order to suit additional housing demands, the existing cold attic was converted into residential use. With higher than normal room heights, the apartments feel lighter. As a visible way to add spirit and character to the new building, different brick-laying patterns were used in different parts of the facades. We have a description of the project by its principal designer, Mr. Sampsa Palva, Architect and Managing Director of Studio Puisto.”

Manage Cookie Consent
We use cookies to optimize our website and our service.
Manage options Manage services Manage vendors Read more about these purposes
The technical storage or access is necessary for the legitimate purpose of storing preferences that are not requested by the subscriber or user.
{title} {title} {title}