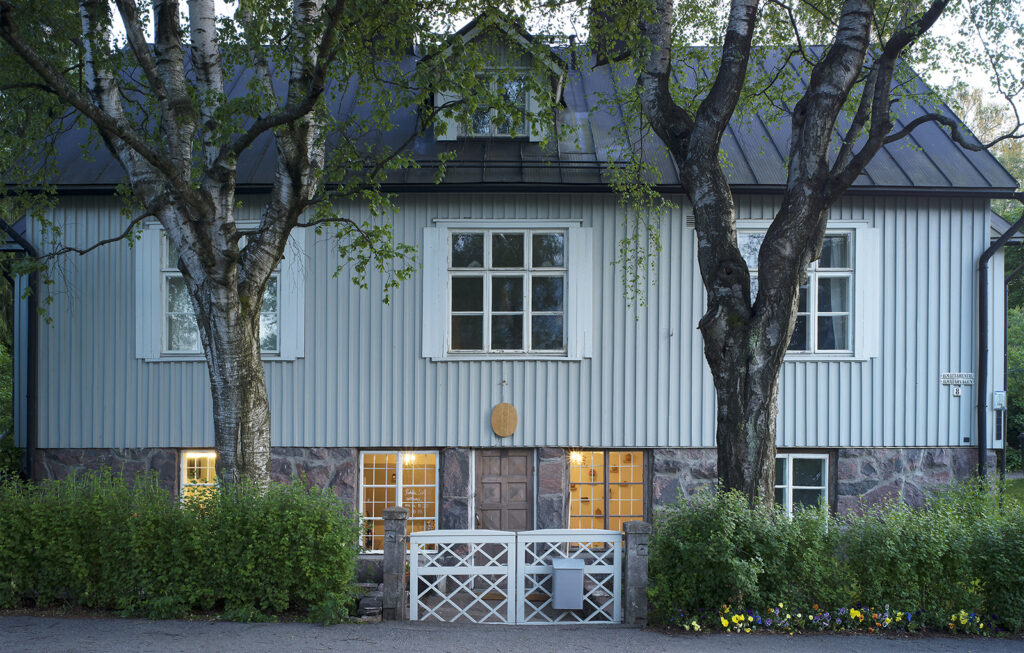 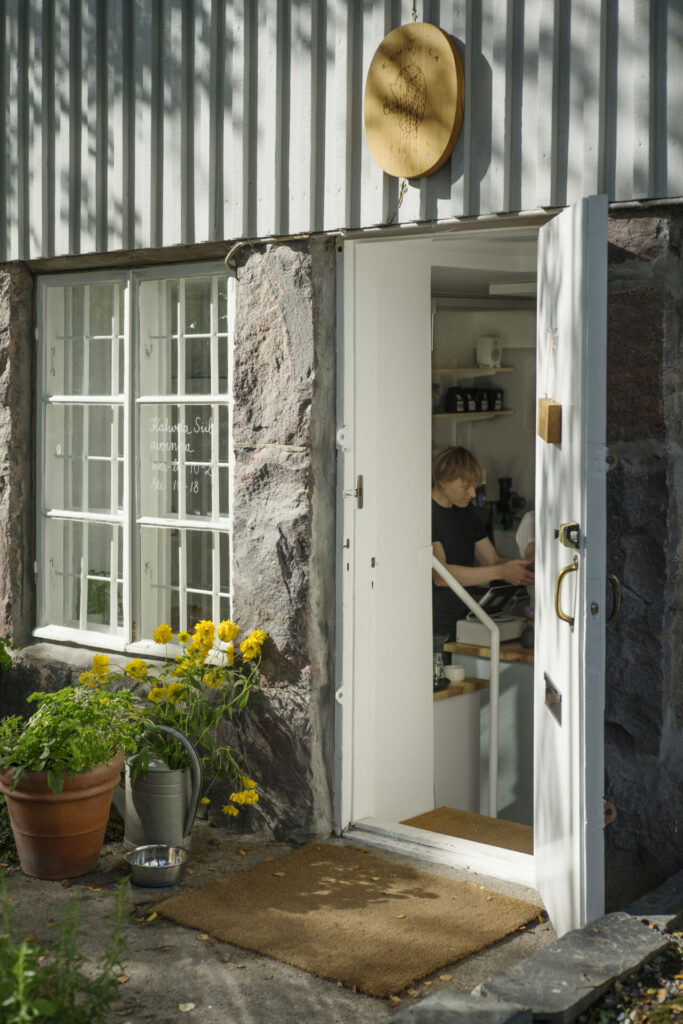 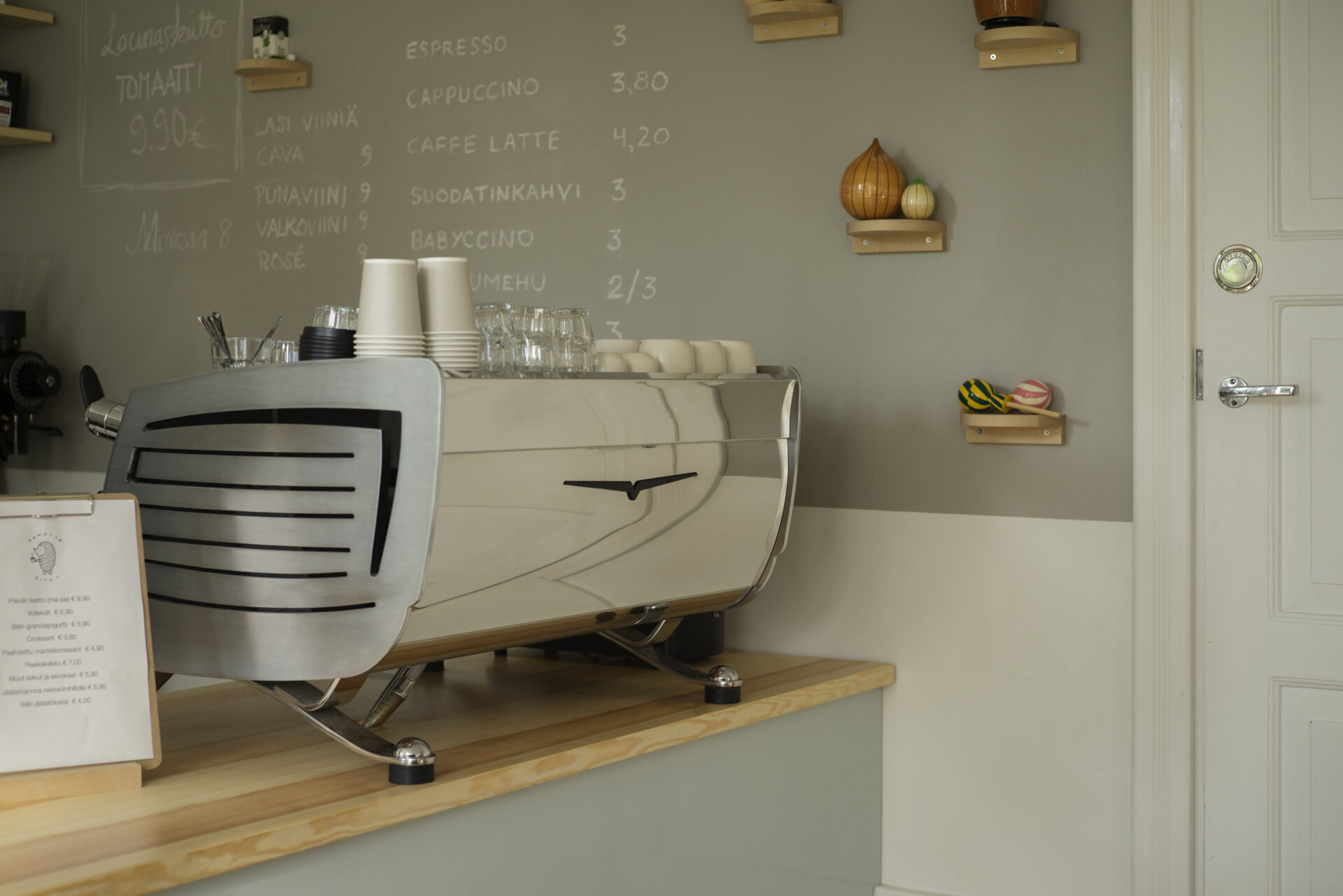 Kahvila Siili is a summer café located in the picturesque wooden borough of Puu-Käpylä in Helsinki. The Café is built into a 1920’s wooden semidetached house’s basement which was originally used as grocery store until early 80’s when it was brought to resident’s private use. Kahvila Siili’s owner wanted to reclaim the historical use of the basement and introduce it to the borough’s service as a café.

When the basement was used as a grocery store it contained 2 rooms and a small storage room. The rooms were renovated with the greatest respect for the history the it holds. Inside the Café the old cellar feeling has been restored and the white painted walls and ceiling make the room light and airy. The original windows and the door were refurbished so that the building exterior stayed as authentic as possible. A new traditional Puu-Käpylä style garden terrace was built into the small front garden yard for customer use. 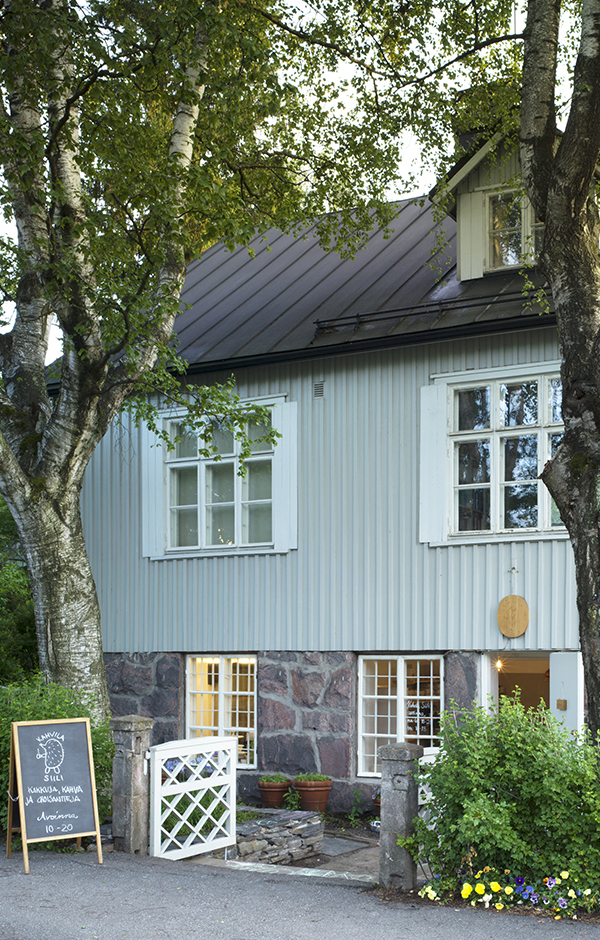 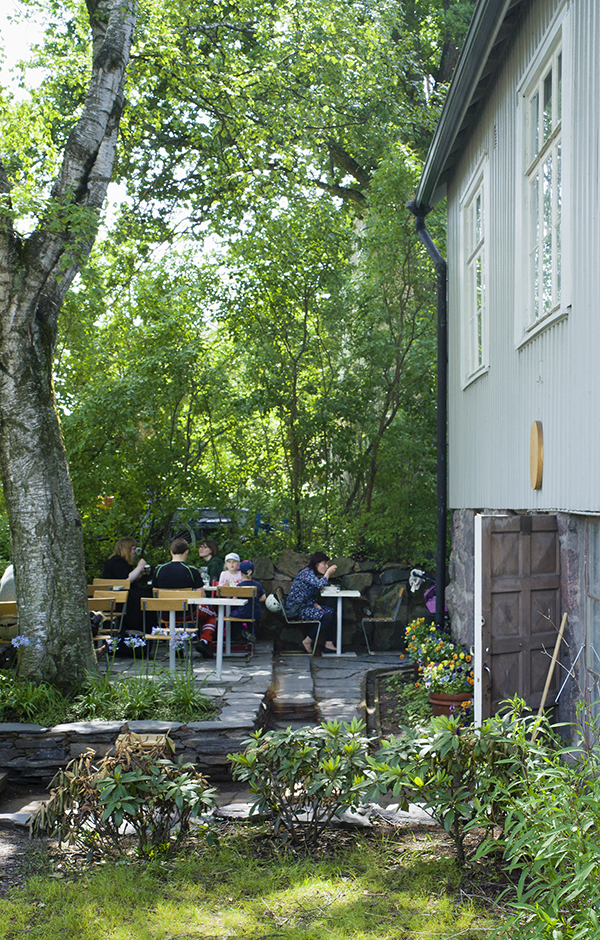 When the Café was opened in 2015 it immediately became highly popular. People had been graving a place like this, a sort of communal place where to meet friends and neighbours, a place for people to interact with each other. With Finnish high end design and special coffee brewed by top baristas Kahvila Siili shortly became a talk of the town – totally winning over the hearts of all Käpylä (and nearby) residents. 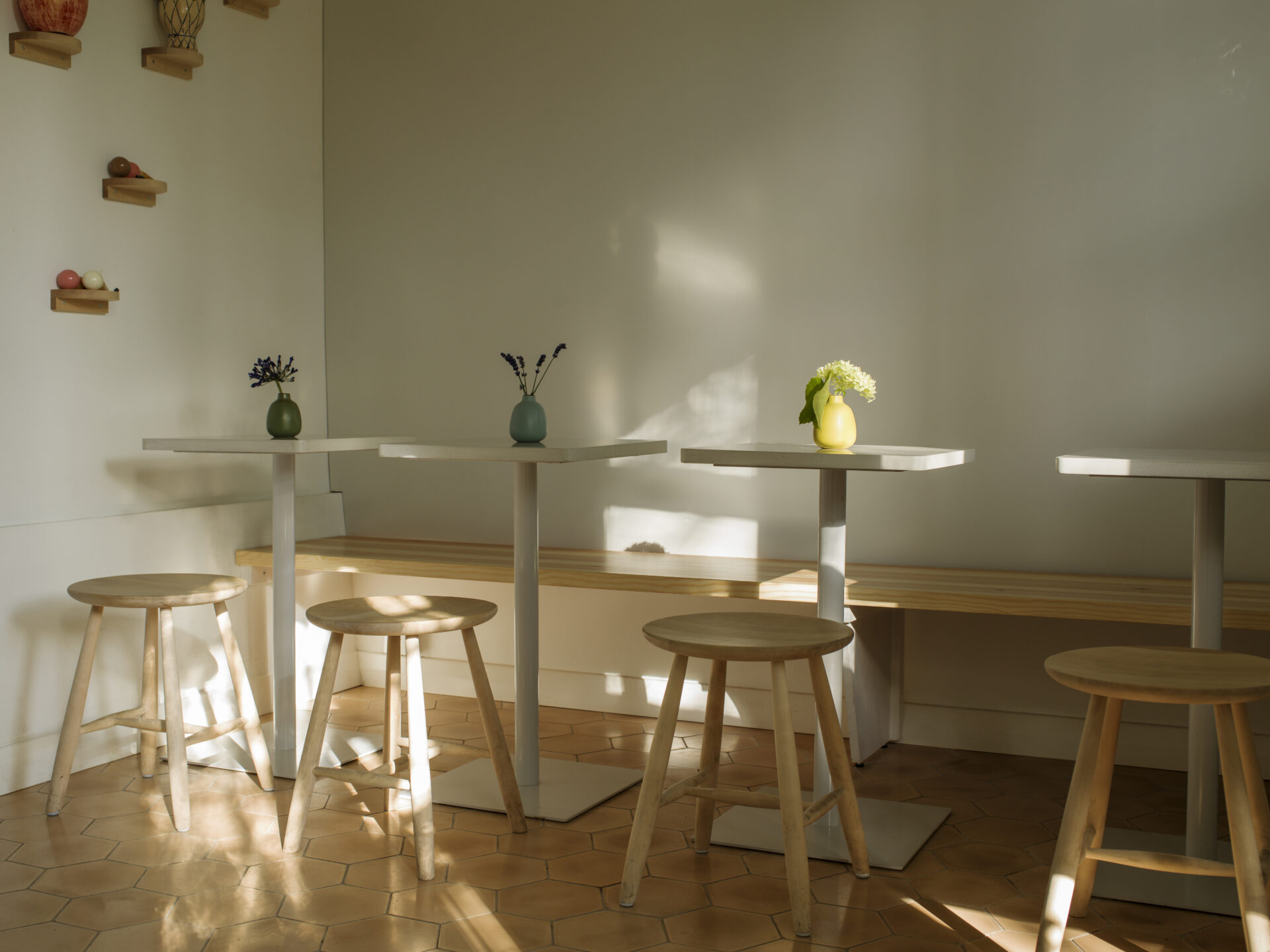 Did this spark your interest?

Would you like to know more? Reach out to us so we can chat about what we could create for you!

By continuing to use this site, you agree the use of cookies.